Are you trying to compose an essay or a Ph.D. paper? Regardless of what type of academic paper you have to craft, a thesis statement will most likely be obligatory to be present in your text. It is perhaps the most difficult part of any academic text. However, there is no need to worry because there exist certain rules following which will ensure that you come up with strong and valid theses. 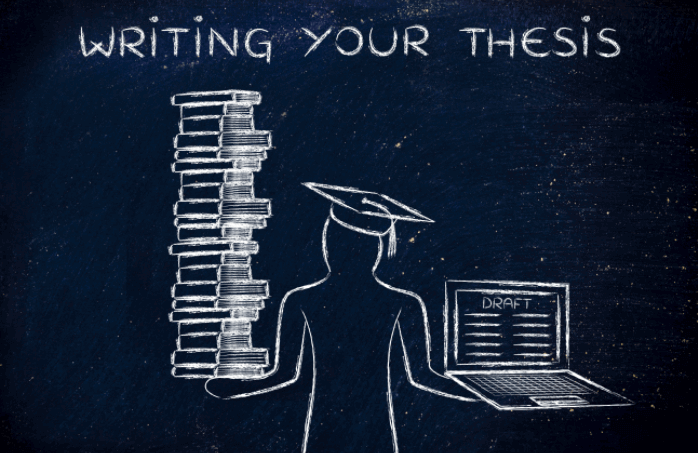 The best way to formulate theses is to ask important questions directly related to the subject. The answer might appear to be a great option. You have to be careful, though, to ask the proper question.

Question: “Why did Columbus think he had reached India?”
Answer: “Because he thought that India was situated in the West”

Question: “Why did Einstein introduce the cosmological constant?”
Answer: “Because it served as a necessary additional element to the theory of General Relativity to support the concept of a static universe”

Adjust Considering the Type of Paper You Are Composing

There exist different kinds of academic papers. Each of them has different objectives and structure. Therefore, your thesis has to be adjusted to the specific type of paper you are working upon.

Research: In a research paper, you are supposed to present the results of the conducted research and corresponding conclusions as for the thesis statement.

Expository essay: In this kind of essay, one has to investigate and explore a certain subject.

Argumentative essay: Presents a specific claim and corresponding arguments to persuade the reader.

One has to present a specific claim and take a certain side on a particular issue to make the thesis strong enough. It is vital to have a clear position on an in issue, not stay aside. For instance:

“Free market economy is more efficient than a planned economy because the former is more flexible to shifts in supply and demand.”
“Democracy is the best form of government because it gives political power to ordinary citizens.”
“The Great French Revolution was a tragedy for the French history because it resulted in numerous murders.”

A good way to make a thesis stronger is to present new arguments which have not been put forward by anyone else before. It helps to introduce a new fresh approach to the subject. This makes a paper more interesting and valuable.

“Camels became extinct in North America because of human activity.”
“Globalization has been taking place since the birth of Homo Sapiens, not only since the 21st century.”
“The humankind may abandon the earth in the future because of global warming.”

Make Sure It Is Easy to Prove

Avoid theses which cannot be shown to be valid or invalid. If it is impossible to prove or disconfirm, then you must not use it. It is mandatory to present theses which can be supported by arguments and evidence.

“Einstein introduced the cosmological constant because it served as a necessary additional element to the theory of General Relativity to support the concept of a static universe.”
“Entrepreneurship is vital for economic growth because it creates new jobs and increases Gross Domestic Product by creating new businesses, products, and services.”
“Columbus believed he had reached India because he thought that India was situated in the West.”

Ensure Your Statement Has a Correct Form and Structure

A thesis statement explains the claims one intends to explore in the text. It fulfills the role of a direction sign, explaining to the audience how the author is going to support the presented claims. To put it short, it explains what the writing is about.

a claim, not a simple statement of facts and observations. The latter help to support the actual thesis.
a clear and specific position on a particular issue or subject. In other words, it presents one’s view of a specific theme.
the key idea and describes the object of the discussion.
answers specific questions and describes how the author intends to support his or her claims.
is possible to verify or falsify. It has got to be possible to support an opposite view or vice versa, your thesis.

A thesis statement should be easy to identify as one. This is done by giving it a very specific tone as well as phrasing and words. Add such words as “because” and others which make it clear that this is a thesis statement.

Here are some good examples:

“Some Homo Sapiens moved to the North because there was an abundance of protein-rich food such as mammoths and sea lions.”
“The first people in America most likely came from Siberia because it was the closest land to the American continent and the Bering Strait was covered with ice which allowed them to cross the strait by foot.”

Put It in the Right Place

Don’t Make It Too Big

These should be brief and sharp to-the-point, to help the audience to understand the subject and the direction of the text along with one’s view of the topic.

Method #3: In Search of Ideal Theses

Select a Theme You Feel Passionate and Enthusiastic About

Selecting a theme, you feel interested in is vital for composing a paper of any kind. The flow of the entire text will be influenced by the theme you are exploring. However, you won’t be able to enjoy the pleasure of working upon a theme of your interest if you are assigned a specific topic instead.

The goal of the second stage is to identify a specific point in the theme which can be explored with corresponding argumentation. For instance, let’s say someone is exploring the theme of cars. There exist numerous subdivisions of this theme which could be analyzed such as engines, car electronics or speed factors.

Nevertheless, broad subjects of this sort do not usually contribute to strong theses. Something more specific, such as the impact of Henry Ford on modern automobiles, provides a much narrow focus.

Determine the Kind, Goal, and the Reader of the Text

In most cases, your instructor shall inform you of these important elements of a paper. Even if one has the freedom of choice, he or she should know that a thesis will be significantly affected by these factors. If one is composing an argumentative essay, the goal is going to be to persuade a particular audience of some point.

If one is crafting a descriptive essay, the goal is going to be to describe an object of the text to a particular audience. It is important to find a way to express these factors in one’s thesis statement.

Stick to a Specific Structure

Following basic and simple rules will not only ensure a thesis is of appropriate length, but it will also help to understand how to structure and organize arguments. A thesis has to consist of two parts:

A clear theme
A summary of the text
It is also a good idea to view a thesis as a formula for expressing one’s ideas.

Put It on a Paper

Writing a draft of a thesis will set you on the right path and stimulate to brainstorm and analyze it. It will assist in coming up with new and fresh ideas. It will also help to analyze a thesis in a clear and logical way.

There exist two views on thesis timing. Some believe it is not a good idea to write thesis for me with no clear thesis. Others believe that the thesis will appear as a result of writing the actual text. Select the option which feels right for you.

Review the Thesis Once You Believe to Have It Finished

It is mandatory to ensure to have allowed no errors which could have harmed the thesis. To get a proper understanding of how to do this, take a look at the points below:

Avoid framing the thesis in the form of a question. A thesis provides an answer to a question but is not a question itself.
Don’t make it too broad. If one’s goal is to answer a particular question, too many points may push him or her off the track. Therefore, keep it short and sweet.
Avoid mentioning a new theme which you do not plan to explore in the text.
Avoid using the first-person POV. Writing from the first-person POV is discouraged by the rules of academic writing.
Avoid being aggressive. The goal of writing is to persuade somebody of one’s view, not to cause negative reactions. Ensure to use a friendly tone and demonstrate to have an open mind, and be willing to find common ground between opposing sides.

Understand that You Can Change the Thesis

You can think of it as a “beta-version” which can be altered and updated. When writing, one may discover that his or her views change. For this reason, it is important to review the thesis from time to time during the writing process. It is recommended to compare it to the entire text and add necessary tweaks to create a harmony between the two.

When one is done with writing, it is a good idea to review the thesis once again and decide whether an additional revision is required.

A thesis statement is the heart of any academic paper. For this reason, it is vital to know how to formulate a strong and valid thesis statement. Today, you have discovered the ultimate step-by-step guide which anyone can use to come up with a perfect thesis statement for his or her paper.

Keep in mind that it is the most important sentence or sentences in your piece of writing. It should present your claims with corresponding strong arguments and convey the main idea to the reader. The last step you have to take is to use the advice given in this article and apply it to create a brilliant thesis for your own paper.